The best card games to practice and play with friends 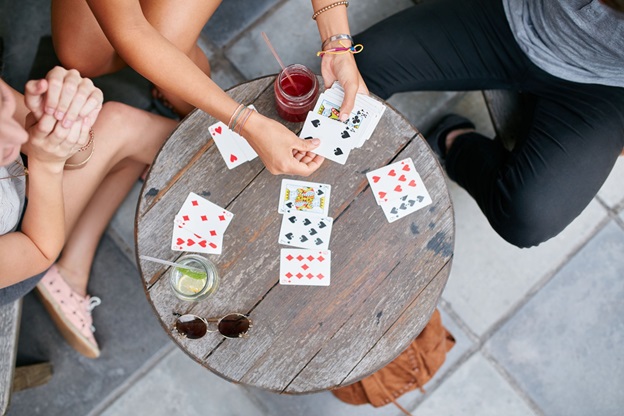 Card games have been played in some form for more than a thousand years.The different games, variants and formats continue to provide some of the most compelling entertainment for friends and family, whether at a casino or at home.

For those that crave an exciting digital experience, the best NJ Online Casino offers a variety of table games and slots based on some of the most popular card games. If you are planning a get-together soon, here are a few of the game types you can practice and play with friends.

Poker is one of the most popular card games in the US, but there is a common misconception that Texas Hold’em is the one and only variant. In fact, there are three main variants. Draw, stud and community card. Texas Hold’em falls into the latter category.

Poker is perfect for friendly games as a mixed format can be adopted to keep things fresh and interesting. You could start with an hour of Seven-card stud before moving onto Texas Hold-em. There are variations in rules for each of the different formats but you should be able to get up to speed with them quite quickly.

Blackjack, or Twenty-One, is the most widely-played casino game globally. Like poker, it requires a lot of strategic thinking and has been popularized in movies and TV shows during the last 60 years.

The basic goal of blackjack is to beat the dealer’s hand. Each player gets two cards to begin with and the aim is to get as close to 21 in value. If you exceed the 21 limit, you go bust and the dealer wins. Blackjack is ideal for smaller groups of friends as only two players are needed but between two and seven usually take part.

Bridge is another classic card game. It requires at least four players, a 52 card deck and a scoring pad. The rules are relatively simple at the outset but become progressively more challenging during the game as tactics such as bridge bidding need to be deployed.

That said, bridge is accessible for beginners and is ideal for anyone who wants to opt for a card game that requires practice and perseverance to master.

Rummy is a card game that originated in the United States and is based on matching cards. The flow of the game is different to something like poker as players aim to build “melds” with sets of cards that have the same rank or “runs” that feature cards in the same sequence.

The playing time for general rummy games is around 15 minutes but gin rummy is faster than other game types, making it perfect for friends and family. In gin rummy, each player gets ten cards and a “stockpile” is created by the dealer by placing the rest of the cards face down.

From here, each player can either take a facedown card or one from the stockpile or a face-up card from a pile of cards that have been discarded by others. The card that is selected cannot be discarded until the next hand. At the end of the game, any remaining cards that do not make up a valid combination are deemed “deadwood” and scoring is based on this.

A few other card games you could try include, speed, hearts, war, crazy eights, bluff, Egyptian ratscrew and spit.

Why Poker Is So Much More Fun Online