✕
Saturday, October 16
Home›Casino›Finer Aspects in Poker That You Would Need
Casino

Finer Aspects in Poker That You Would Need 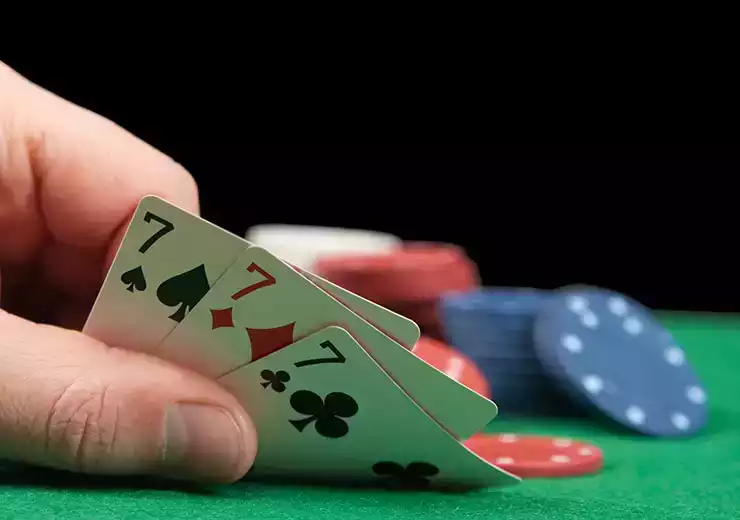 3betting is a raise over an open preflop. So when someone raises to 6 in a 2/2 game you make it 16 with a 3bet. This 3bet is made with hands that have good equity against villain’s opening range and of course with all strong hands. This concept is one of the most common actions in idn poker. 3-betting happens in tournaments as well as in cash games. Players don’t want to lose their chips even if they already know they have the weakest hand. Each position has a 3betting range, this is mainly done to ensure that you don’t flop with 5 people.

In addition to 3bet, you will of course also continue with the 4bet and 5bet. 3bet gets its name from the fact that this is the 3rd action of the table. So blinds is action 1, the open is action 2 and then 3bet. Hence the increases are called 4bet and 5bet below. 4betting is done quite polarized. With hands such as a5s and mainly with value hands.

When we talk about table positions, we often talk about 9 different positions. These can be divided into 3 categories: EP (Early), MP (middle), LP (Late). The position you are in is extremely important for poker. By position, we simply mean the place where you sit at a poker table relative to the Button. The sooner someone raises behind the BB, the stronger the open. The later the position is the wider the opening range will be. That is why the range in a blind vs. blind spot is also so wide.

At a poker table you normally play with nine players, or nine positions. These 9 positions are: UTG, UTG + 1, UTG + 2, LJ (MP), HJ (MP + 1), CO, BTN, SB and BB. As described above, the later the open, the wider the range. Conversely, the earlier you open, the stronger the range.

You can set the opens of players on a certain range based on the position at which he / she opens. If someone opens in early position you can assume that this player has a strong range of suited Ax and of course the strongest hands like AA or KK. The player chooses to play in a less good position. You can then conclude that this player will not have extremely weak hands. However, if someone opens the dealer button, the range will be wide. This dealer button is important because you are always in position with it. Together with the fact that only 2 players have to trade after the BTN, the opening range of this position is quite wide. In response, SB and BB should 3-bet a lot, but in reality this is not done.

Is It Mandatory To Verify My Identity At A Bookmaker?